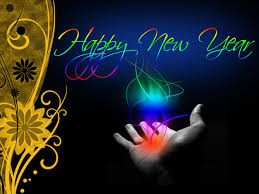 Centuries ago it was customary to begin the New Year  with a spotlessly clean house. As a result houses were thoroughly cleaned as it  signified a fresh start to the New Year.

Another tradition involved banging on doors and  walls of the house with Christmas bread to chase the bad luck out of the house  and invite the good spirits in.

On New Year’s night, families would remember those  who has passed away that year before by setting a place for them at the dinner  table and leaving the door unlatched.

La Festa di San Silvestro is celebrated December 31 on New Year’s Eve. As with most Italian festivals, food plays a major role. Families and friends get together for a huge feast. The star of the dinner is lentils, symbolizing money and good fortune for the coming year. Traditionally, the dinner in many parts of Italy also includes a cotechino, a large spiced sausage, or a zampone, stuffed pig’s trotter. The pork symbolizes the richness of life in the coming year.

The New Year is also celebrated with spumante or prosecco, Italian sparkling wine. New Years parties, whether public or private, will often last until sunrise in order to watch the first sunrise of the newborn year.

An old custom that is still followed in some places, especially in the south, is throwing your old things out the window to symbolize your readiness to accept the New Year. So, keep an eye out for falling objects if you’re walking around near midnight!

Oh, one more thing, don’t forget to wear your red underwear to ring in the new year! They say it’ll bring you luck in the coming year.

In Germany people would drop molten lead into cold water and try to tell the future from the shape it made. A heart or ring shape meant a wedding, a ship a journey, and a pig plenty of food in the year ahead.

People also would leave a bit of every food eaten on New Year’s Eve on their plate until after Midnight as a way of ensuring a well-stocked larder.

Le Jour de l’An.   In France, New Year’s Eve (31 December) is called la Saint-Sylvestre* and is usually celebrated with a feast, called le Réveillon de Saint-Sylvestre. The feast tends to include special items like champagne and foie gras, and the accompanying party can range from an intimate dinner with friends to une soirée dansante (ball).

Interestingly, kissing under the mistletoe is a New Year’s custom in France, rather than a Christmas custom as in other countries. Note that the kissing may be on the lips or on the cheek, depending on the relationship between the two people.

There is a special tradition in Viella, a village in the Hautes-Pyrénées region close to the Spanish border. A church service is held late in the evening on New Year’s Eve. Afterwards, people walk to the vineyards in a torchlight procession. The grape harvest begins at midnight. A strong, sweet wine is made from the grapes that have matured naturally on the vines. Bottles of this wine are specially marked to show that the grapes were harvested on January 1.

British New Year’s Tradition: The First Footing
This tradition dates back to the Middle Ages, and suggests that the first person over the threshold on New Year’s Day will bring good luck to the home. The ‘first footer’ has to go through a particular sequence to make this actually happen; they have to enter through the front door, leave behind a fresh loaf of bread on the table, pour a glass of whiskey or wine for the head of the household, and they’re only allowed to say ‘Happy New Year’ to anyone they meet. After that, they must leave through the back door, peacefully and without any further interaction.  According to British folklore, any blondes or red-head guests duringNew Year celebrations generally bring bad luck; as a result, they are never chosen to do the First Footing.

The Hogmanay Celebration
This is an annual Scottish tradition, and involves a lot of drinking and toasting. Many Scots who are celebrating the New Year in England bring along this festive event so that everyone can sing the ‘Auld Lang Syne’ at midnight and greet the New Year together—kilts are optional , but highly recommended.

Like all other places in the world, New Year is widely celebrated in Spain with great zeal and enthusiasm. It is celebrated there as “Nochevieja” whose literal meaning is “old night” and lots of Spanish traditions are associated with it.

There is a very interesting tradition followed among the Spanish during the New Year-eating 12 grapes. These grapes are eaten at every stroke of the clock as it strikes 12 on the New Year eve.   Each grape is meant for each of the 12 months and traditionally it is believed that eating grapes at the beginning of the year brings good luck and prosperity for all 12 months. It was first started by the King of Spain and is still widely followed among the conservative Spanish families.

A very funny yet significant customs prevails among the Spanish during New Year- wearing red colored innerwear. Red for them is a symbol of good luck and prosperity; hence they put it to embrace both. But one cannot purchase it for himself or herself, the red innerwear must be gifted by someone else. Isn’t that interesting? Indeed- it is.
Traditionally many Spanish inhabitants eat chocolates or biscuits at the early Morning of the New Year day just to signify they had a wonderful celebration last night.

New Year is the main holiday of the year in Russia– the most welcome and the most beautiful one, rich in history, fascinating traditions and amusing customs.  On New Year’s Eve in Russia, people eat and drink through the night, taking breaks from the festivities to stroll outside in the snow and visit neighbors.  In the morning, children wake up to find presents under the tree, delivered by a bearded guy in a red suit. That guy is not Santa but Ded Moroz, or Father Frost. He is aided not by elves, but by his granddaughter, Snegourochka.

There are many popular Russian New Year traditions and among them the most famous custom is associated with the New Year tree. This tree is called ‘Novogodnaya Yolka’ which is decorated like Christmas tree. The tree is adorned with different sweets and is topped with bright star. From December onwards the homes are decorated with fir trees. These are kept till January 14th.

Among all the other customs one of the very famous beliefs is Russian make wish on the New Year Eve. The Russians feel if, any wish is made on this eve it would be surely fulfilled. For this people wait for the clock to struck 12. They write their desires on paper and burn it on candle. Then this ash is mixed in glass of champagne and consumed by them. This is associated with famous wish making Russian New Year traditions.

These are but a few New Year customs and traditions from other lands.  Just thought I’d share these with you.

“God bless us all”

7 thoughts on “New Year Customs and Traditions – other lands”